IoT: The Internet of Things 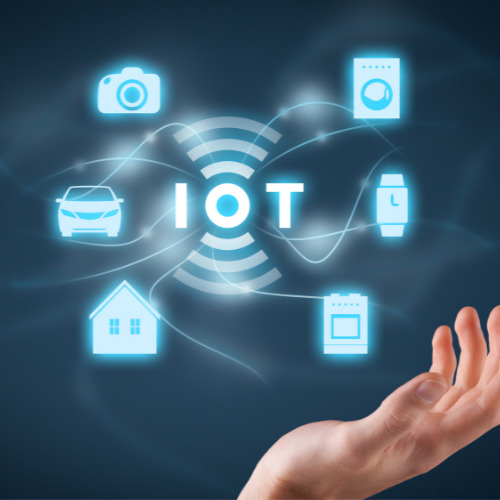 In the simplest terms, the Internet of Things (IoT) is how we describe the digitally connected universe of everyday physical devices. These devices are embedded with internet connectivity, sensors and other hardware that allow communication and control via the web.

IoT makes once “dumb” devices “smarter” by giving them the ability to send data over the internet, allowing the device to communicate with people and other IoT-enabled things.

The connected “smart home” is a good example of IoT in action. Internet-enabled thermostats, doorbells, smoke detectors and security alarms create a connected hub where data is shared between physical devices and users can remotely control the “things” in that hub (i.e., adjusting temperature settings, unlocking doors, etc.) via a mobile app or website.

Far from being restricted to just the home, the Internet of Things can be found in an array of devices, industries and settings. From smart blackboards in school classrooms to medical devices that can detect signs of Parkinson’s disease, IoT is rapidly making the world smarter by connecting the physical and the digital.

HOW DOES IOT WORK?

In a nutshell, IoT works in the following way:

Smart devices connect to an IoT platform, described by the experts at IoT For All as “the support software that connects everything in an IoT system.” There are hundreds of IoT platforms and some are made by such industry giants as Oracle and IBM.

For more on how IoT works and where it’s being used, check out any of the linked articles on this page. We’ve done deep dives on everything under the sun, but here are a few of our favorites: